After a week's break for me we are off for a walk from the hilltop village of Slaley in Northumberland.The walk was published in the Times by Chris Somerville who has  a weekly "Good Walk " column and also a book of his suggested outings. * He is far more descriptive than me, names flowers and fungi too but never describes his Herbie lunches.

There is a grand turn out; Dave, Margaret, Harry, John H., John Ha., Brian, me and Ian, making a very welcome appearance after an absence of some months.

We stopped at Brockbushes Farm Shop on the Corbridge roundabout for tea and bacon. Possibly one of the best bacon sandwiches ever.

The walk is covered by OS OL 43 Hadrian's Wall. To get to Slaley from Newcastle take the A69 west, turn off for Riding Mill at the Corbridge roundabout, drive through Riding Mill and turn left up the hill to Slaley. No car park but if you ask nicely you can park at the Rose and Crown and visit afterwards. It's a community run pub and restaurant with a couple of rooms available too. Great staff, very friendly. Well worth a visit. 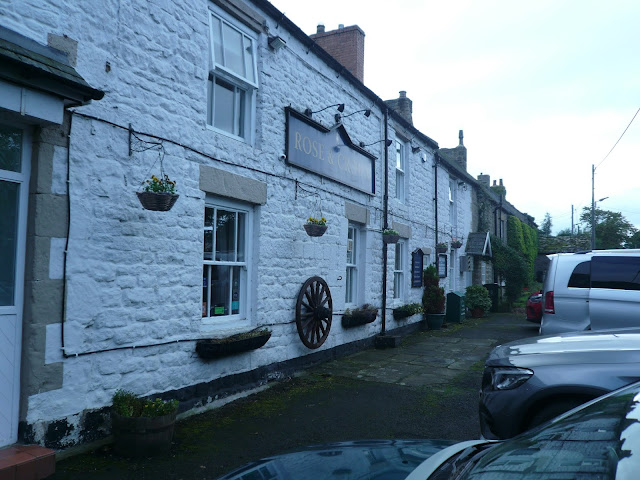 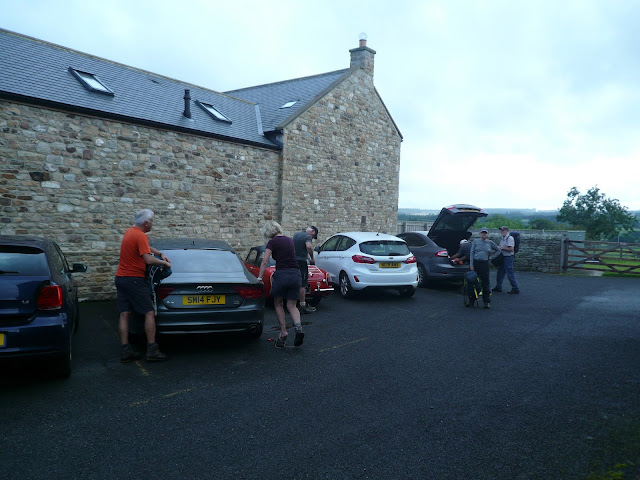 The Rose and Crown, Slaley, and the car park next to it which we were allowed to use.

Slaley is a linear village with a community run pub, a community run shop,  a first school and little else apart from houses and farms. Two buses pass through the village each day heading for Hexham or Consett, depending which way you want to go. The village church, St. Mary's, dates back as far as 1832.

We left the car park and headed west along the village road, crossed the B6306 and followed a track  through fields passing Palm Strothers, East Dukesfield, Middle Dukesfield until we came to Dukesfield Hall. It's harvest time, some of the fields had been cut, some were waiting the arrival of a combine. The main crop seemed to be barley, fields of gold, which, in my humble opinion is the best song Sting ever wrote and is beautifully sung by Eva Cassidy. 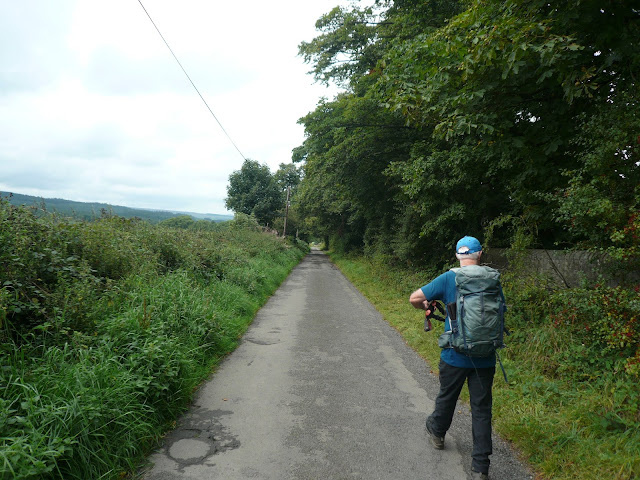 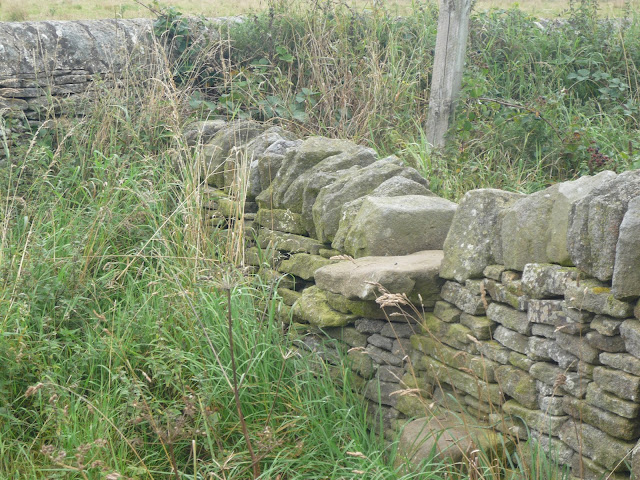 A proper stile, could be in Yorkshire

From Dukesfield we walked round the edges of fields, following the well signed path until we entered a piece of woodland. Here there was a short but steep and slippy path downhill, tricky to negotiate for those with ageing legs. Walking poles are useful props.

From the bottom of the slope we crashed through a boggy, wood strewn patch until we reached a well made path. 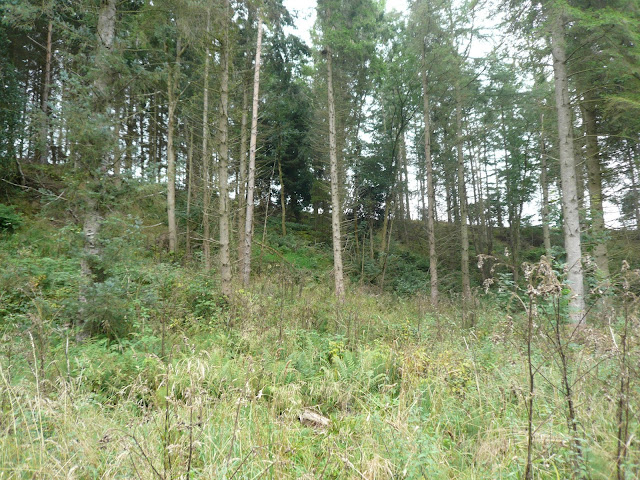 It doesn't look too bad in the photo but the footpath was tricky.

From here on the path followed close to the stream, the Devil's Water, once a lead mining area but now a pleasant woodland stroll. As we passed one house a turkey and a peacock fled. At times we followed footpaths but eventually joined  a well made track. Near Viewley, a track junction, we called a Herbie having walked 4.5 miles, half the day's target. 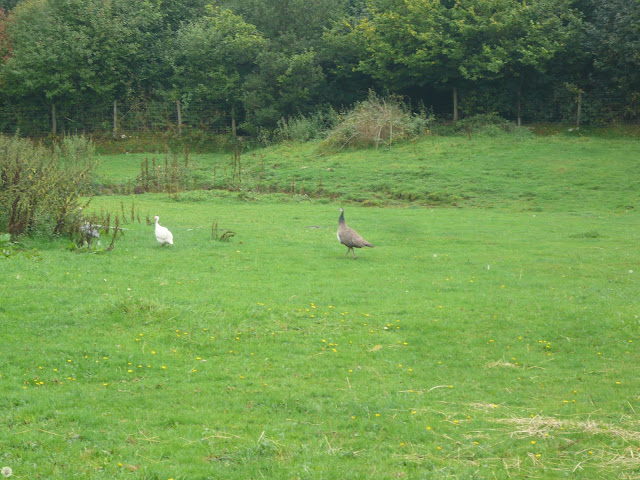 Turkey and peacock, leaving quickly and it's not Christmas. 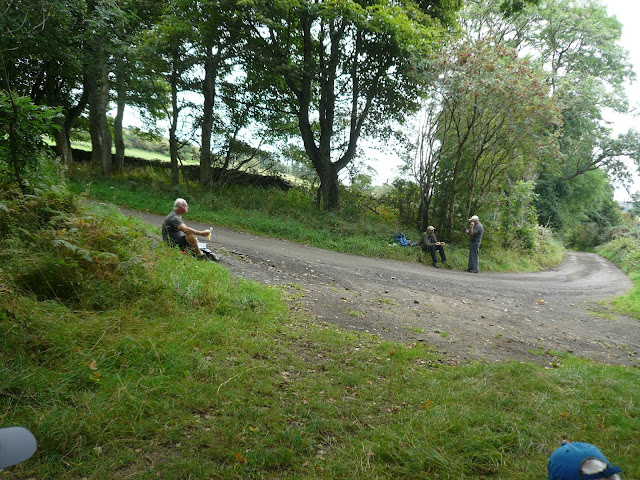 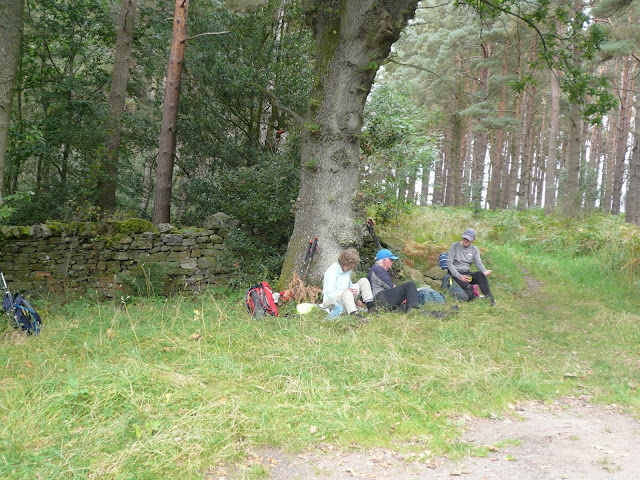 Underneath the spreading conifer trees we shared: apple pies, SkinnyWhips (lemon), flapjacks, savoury flapjacks, almond slices and apple cake.
Having lunched we followed the track south east, then east in Slaley Forest. The track, being a forestry road was straight, unlike the rolling English roads of poetry, and it climbed steadily for what seemed miles. 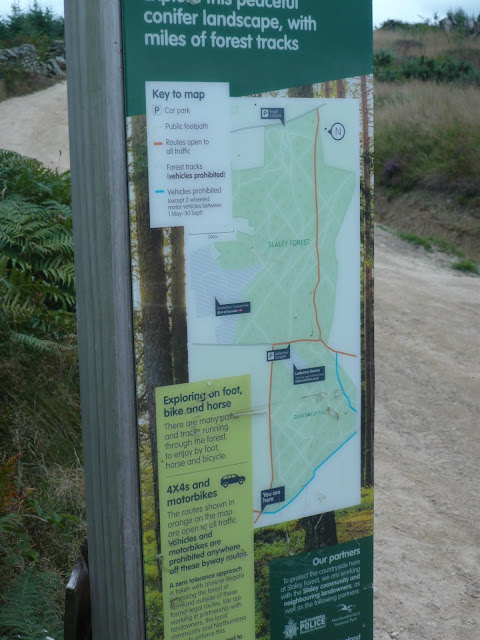 Eventually we turned north, just as the only shower of the day encouraged the donning of waterproofs which are a bit pointless on a humid day as they cause as much perspiration as the rain they keep out.

At Spring House we turned into the caravan park. Some bought ice creams at the shop. The footpath is not too clear but a worker from the site kindly pointed it out to us. The path took us through woodland and then across fields to the Lead Road at Blue Gables. here we turned right, followed the road to a cross roads. Here we could have taken the road back to Slaley but chose to stick with the official route and walked across fields. The footpath took us to within yards of the Rose and Crown. Naturally, as we had used their car park, we used their facilities and enjoyed Pennine Beer or Nells Beer, or Soda and Lime for the noble drivers..A lady asked if we had done the walk because it had been in the Times. She told us a good few walkers had been inspired by the article and, not surprisingly, it had been good for business in the pub. 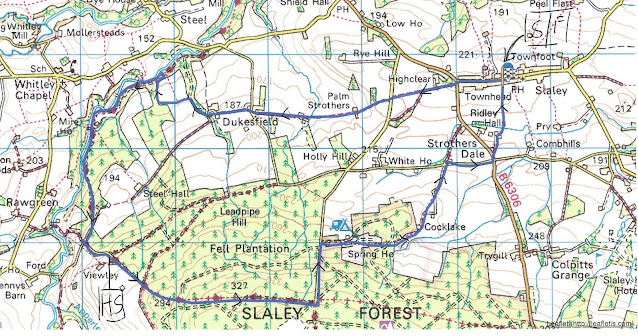 The walk is about 8.5 miles. mostly easy going. 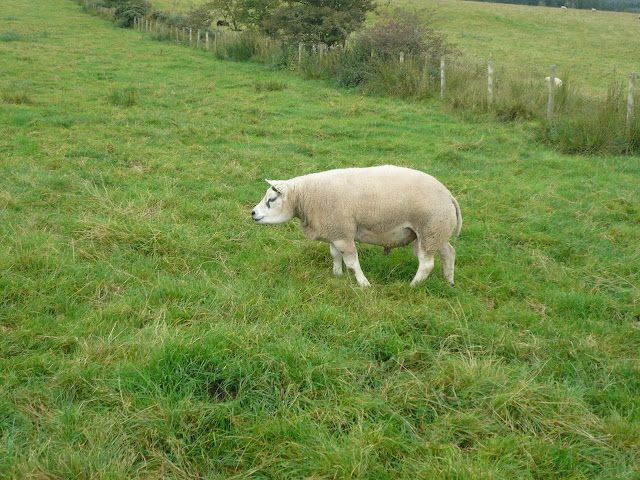 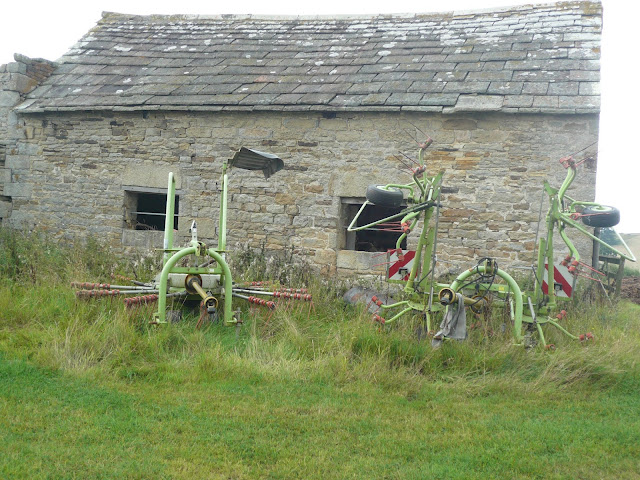 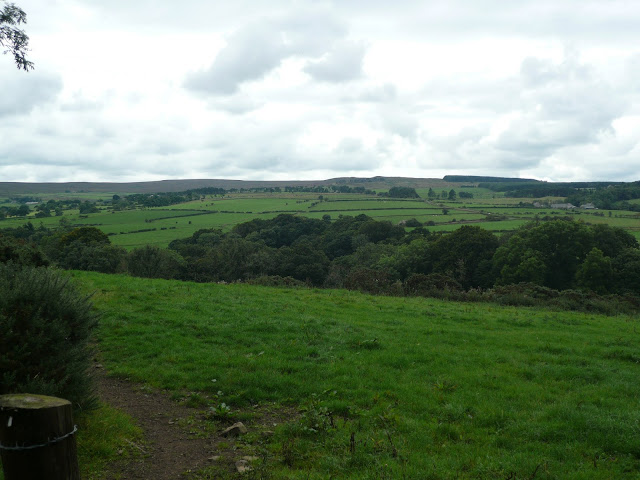 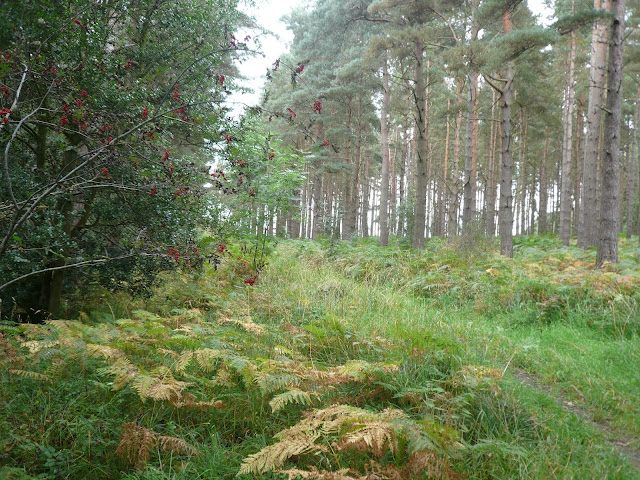 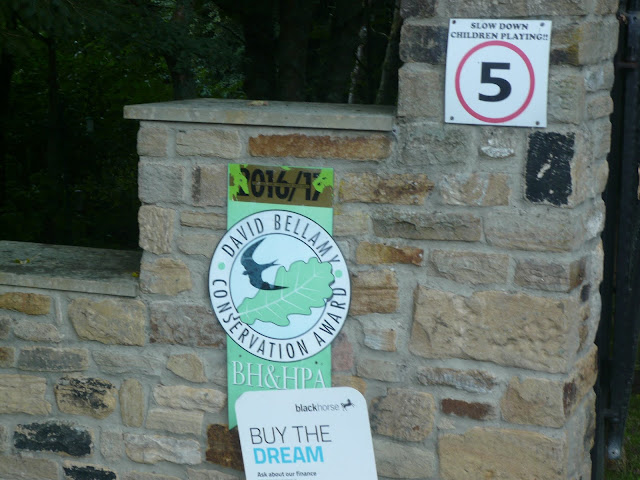 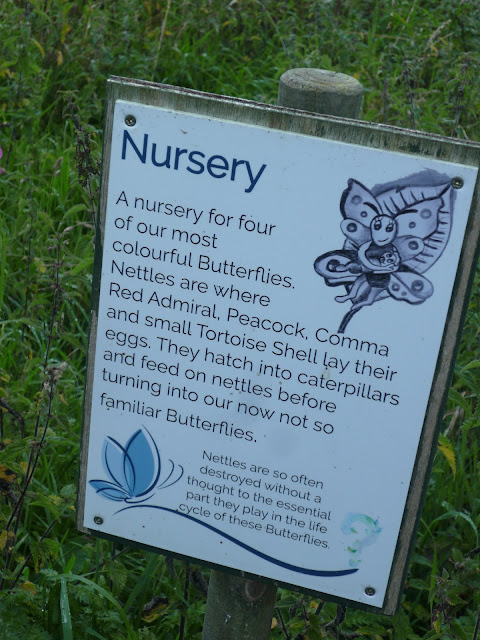 Ray was known to the gang as "The International Man of Mystery" . A loving husband and father, a caring colleague to those he worked with and a good companion to us all. We shall miss his company on our walks.

We have decided that today's walk will be remembered as the "Ray Craven Memorial Walk " and will be repeated every year at this time.

Thanks for your company Ray, it was a privilege to walk with you.