Partridge Nest, Wool House, Kingswood, Plankey.
(Northumberland ) October 26th.
The TV weather forecast promised a cold day with a northerly wind, showers on the coast. So we decided to head inland and follow a new walk devised by Brian, starting from a National Trust car park near Ridley Hall, near Bardon Mill in the Tyne Valley. To reach this spot follow the A69 west and turn off near Bardon Mill at the sign post saying Beltingham and Ridley Hall.
We stopped for breakfast at Brockbushes Farm shop, bacon sandwiches, tea, coffee and Bovril for Dave, a beverage usually served at soccer matches with pies. 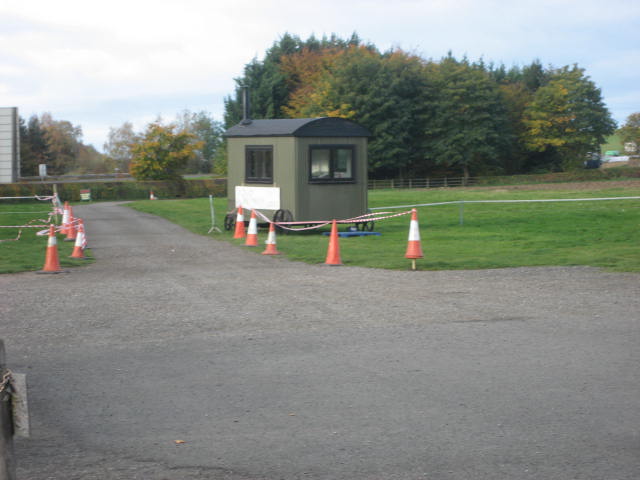 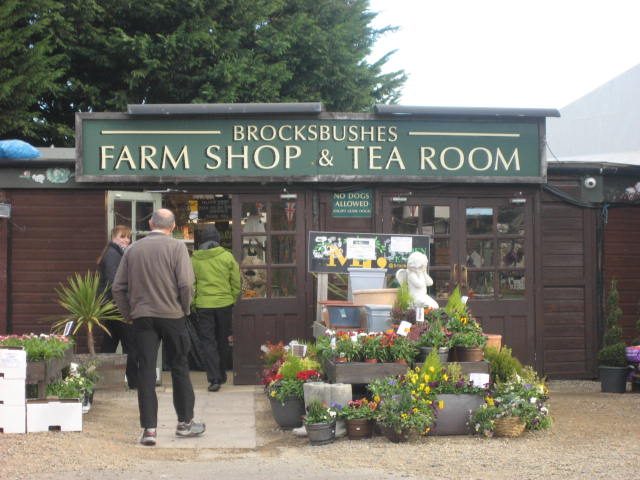 Heading for a Bovril.
The walk is covered by OS OL 43, Hadrian's Wall and would be useful.
There are six of us braving the cold today: Brian the divisor, Harry, Dave, me, John H., and John Ha., making a welcome return after some month's absence. He expected some intelligent conversation but probably went home disappointed. 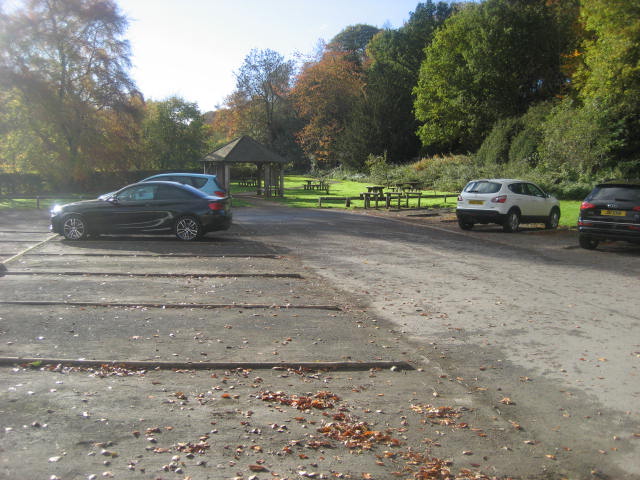 The impressive National Trust car park with bays marked out by split logs! Free to members displaying their annual pass, otherwise there is a charge. It is at NY 798640.
Leaving the car park we headed back towards the river, turning left to stroll along the south bank for a while before crossing a field to Beltingham.
This small but perfectly formed village has a connection with the Bowes family, ancestors of the late Queen Mother. It also has a small church, St. Cuthbert's, with 12th century origins and 19th century restorations. In the churchyard is a large yew tree, supposedly 700 years old. It is said that its branches may have supplied wood for the English long bows used against the French. (OK, the Welsh helped) 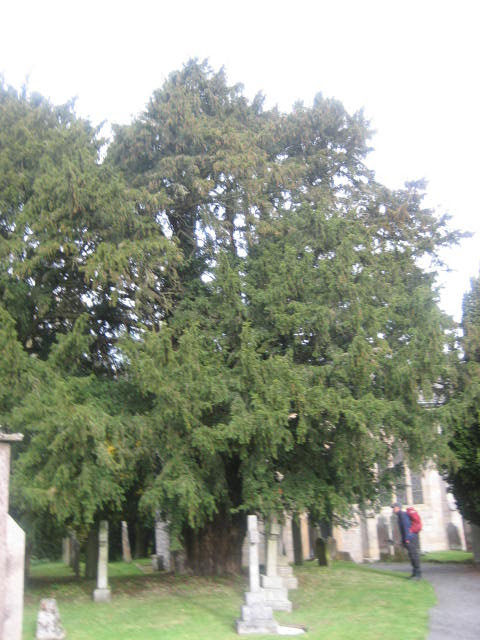 Ancient yew, ancient graves, old church and Dave.Having admired the church and the tree we followed the road passing near Partridge Nest and reaching Willimoteswick. 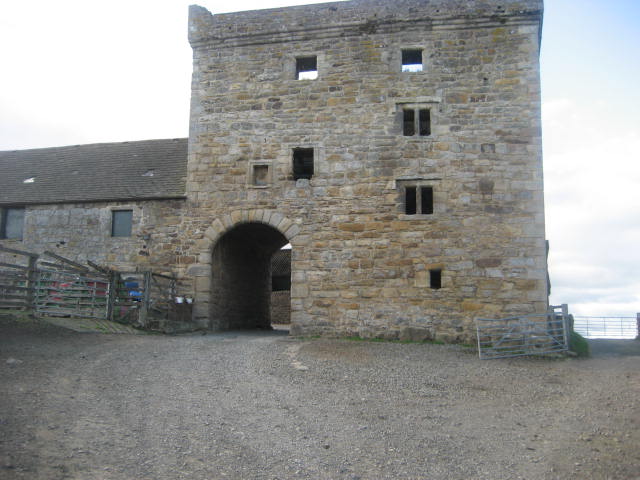 Willimoteswick, a fortified manor belonging to the Ridleys. Dating back to the late 15th century, it offered some defence against Scots. The building is on the map below but the name, printed in Gothic Script on the OS map as an indication of age, is missing. The building is at the spot height 107, near The Mill.
From this farm we crossed fields to High Barn and on to the Shaws, turning south to the Wool House. Some of the fields we crossed had a crop of maize, some had a flock of sheep. 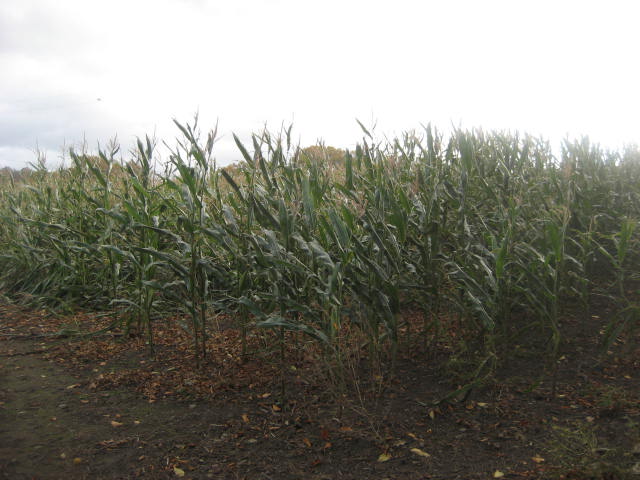 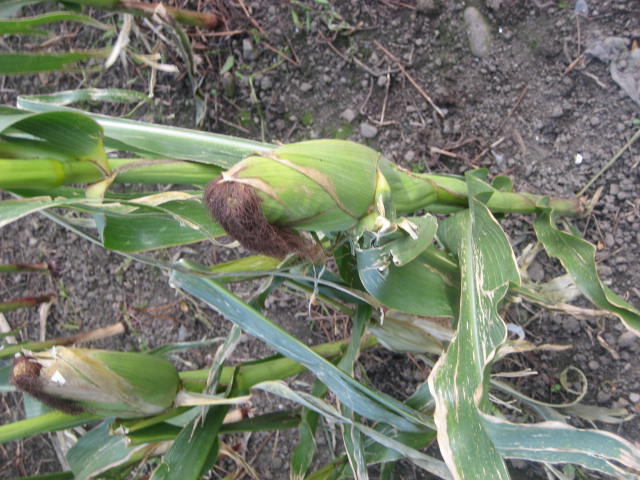 Not quite as high as an elephant's eye. The crop is grown for animal feed. Some farmers cut a maze in the field and make witty signs. 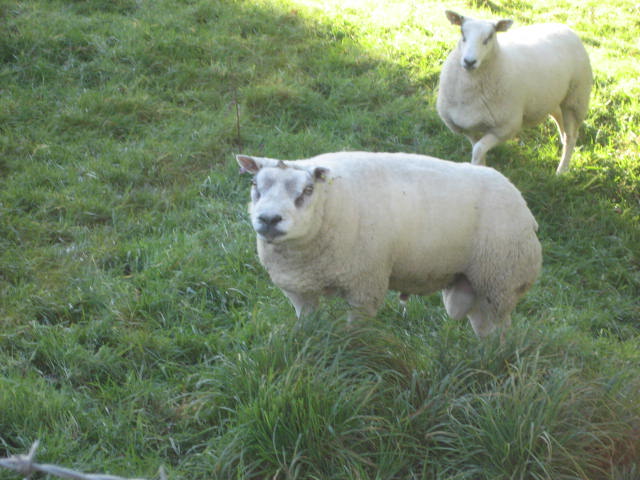 A rather tired looking tup. It's that time of year. One still wore his score keeping waist coat.
Somewhere in this area we stopped for a Herbie, sitting against a wall or tree stump in the sun. 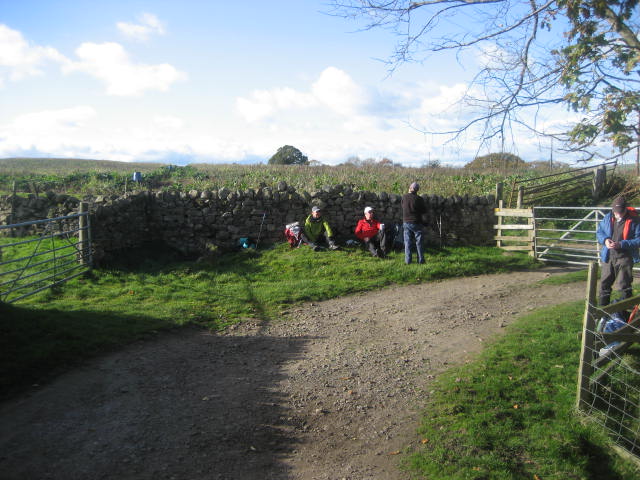 Today's feast included home made cookies from John. Ha., cookies, carrot cake, frangepanes and chocolate iced cookies from Mrs A.
Moving on, with difficulty we crossed fields to Winshield Side, a minor road, turned east and at point 184 on the map turned into fields to Farnalees Burn, a short but steep descent to a footbridge, followed by a short but steep ascent to Midgeholm, thankfully free of the little pests as it was too cold.
Dipping down and climbing up again we came to Kingswood Farm. 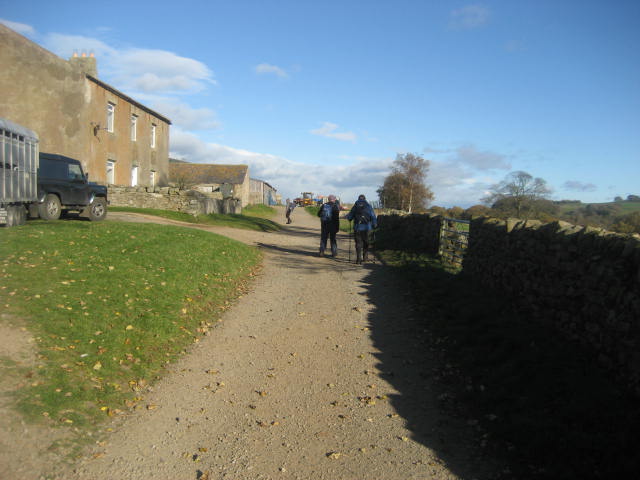 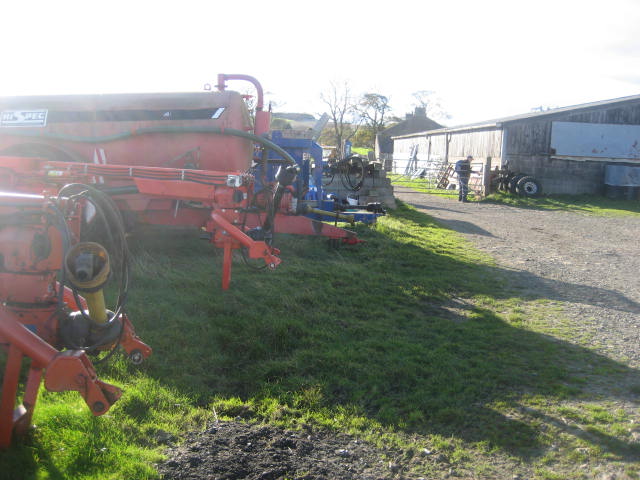 Kingswood Farm and machinery.
From Kingswood the footpath crosses fields, going gently down hill until it enters the woods at Brarwood Banks on the west side of the River Allen, opposite the strangely named Plankey Mill. This is certainly the prettiest part of the walk. A couple of miles of easy footpath, covered at this time of the year with fallen leaves, wandering through woodland with all its autumn colours and next to the river which sparkled in the sun. We met several people out walking dogs or photographing the woodland. Soon we were back at the car park. 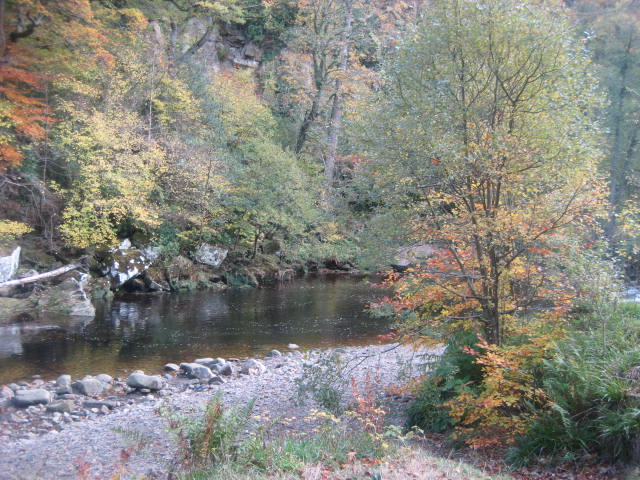 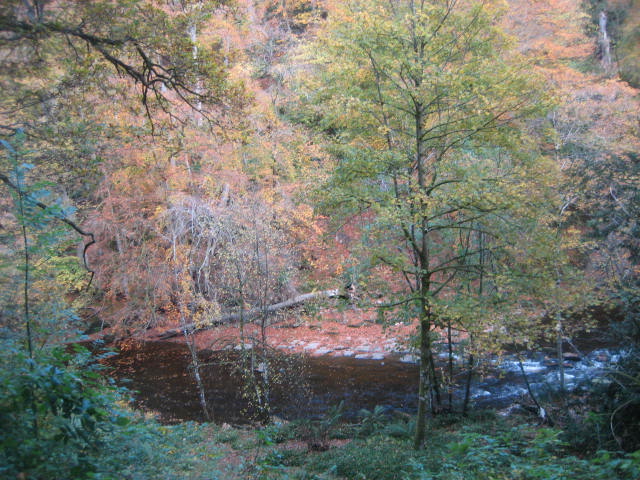 Autumn on the Allen
Changed we headed for the Boathouse pub at Wylam, a favourite. It offered at least ten hand pulled local beers and some rather fine soda and lime. It also offers Thai food. 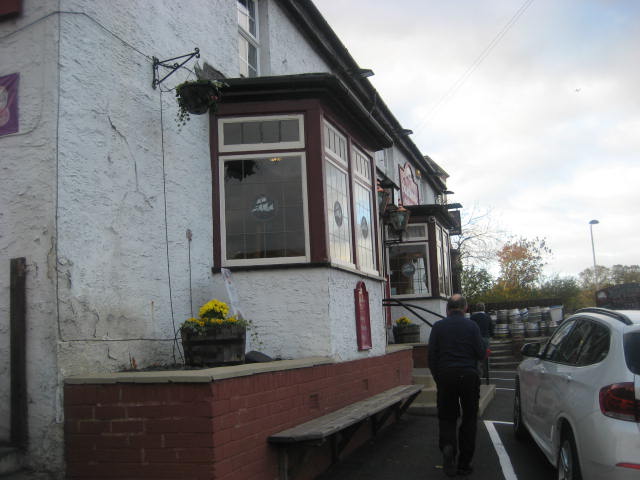 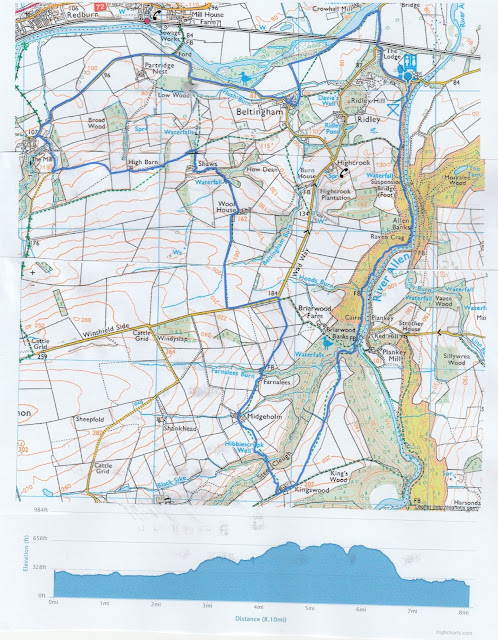 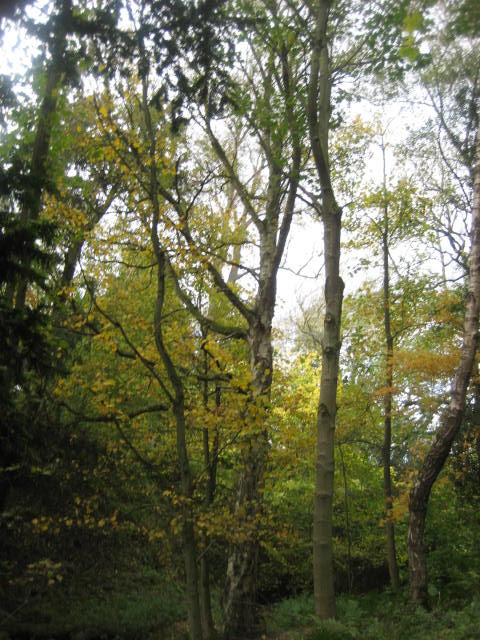 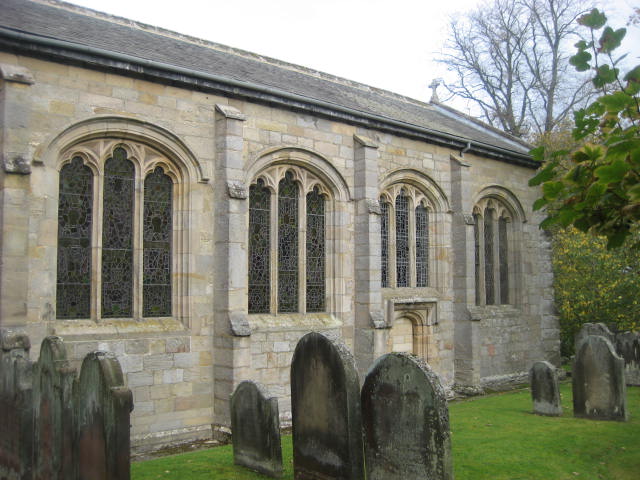 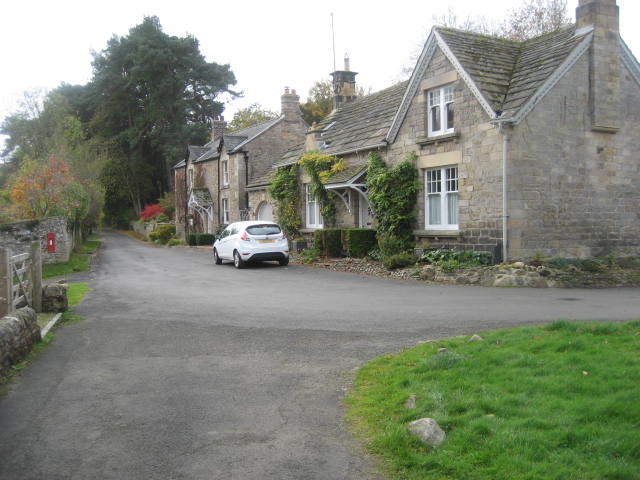 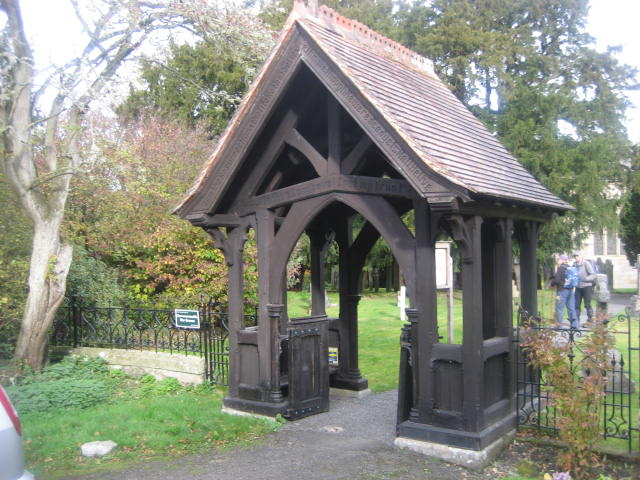 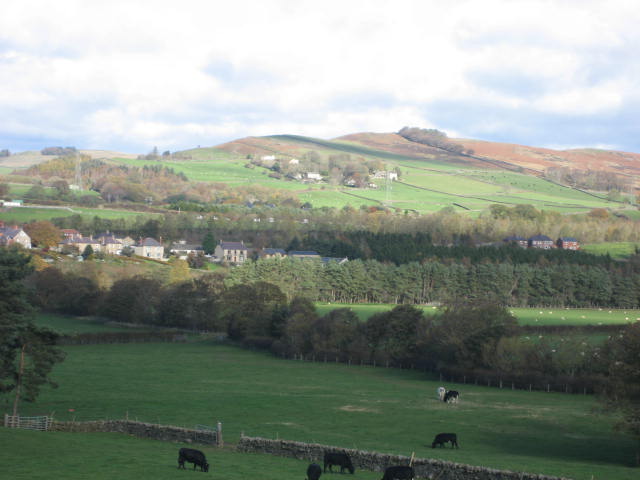 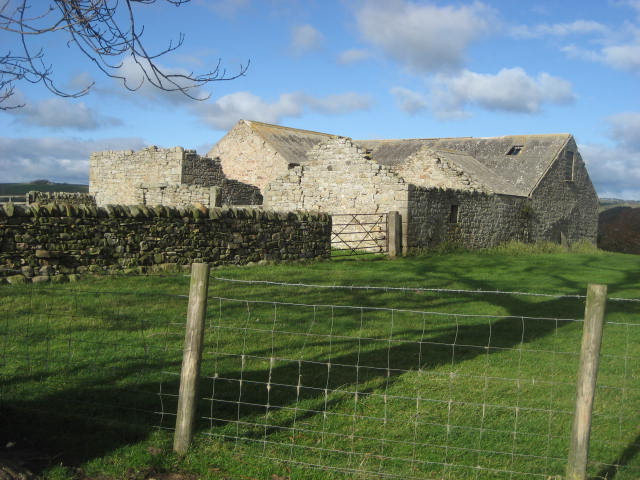 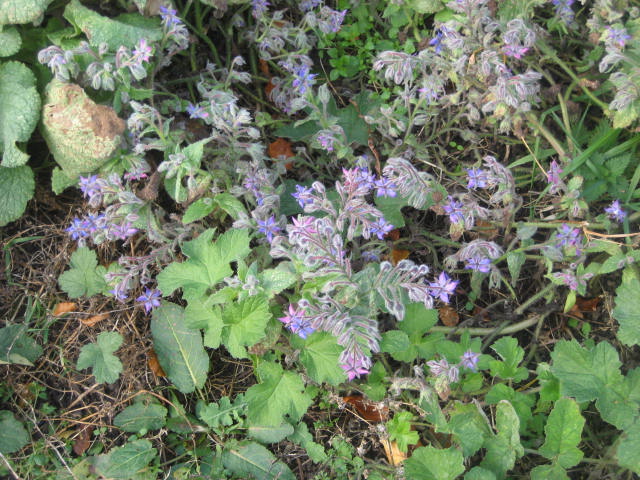 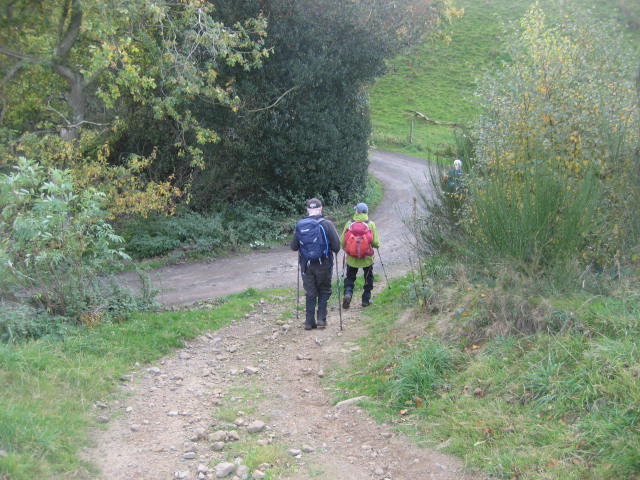 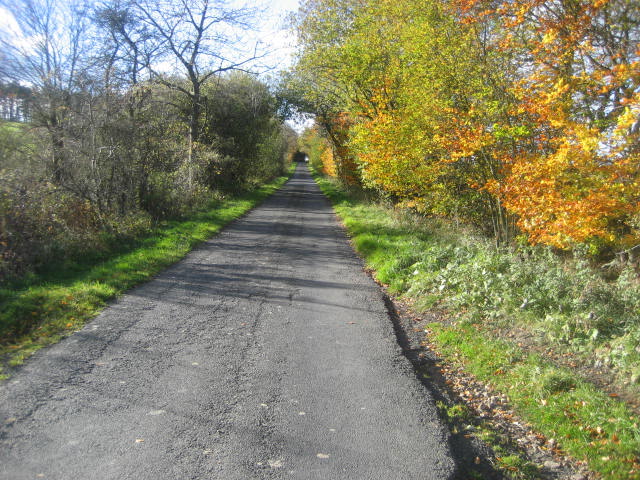 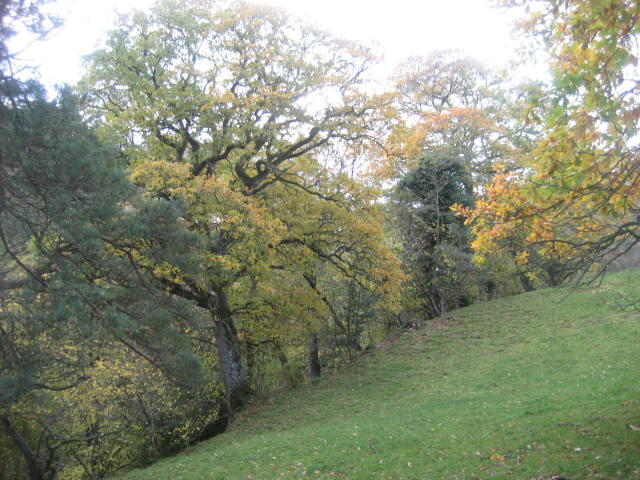 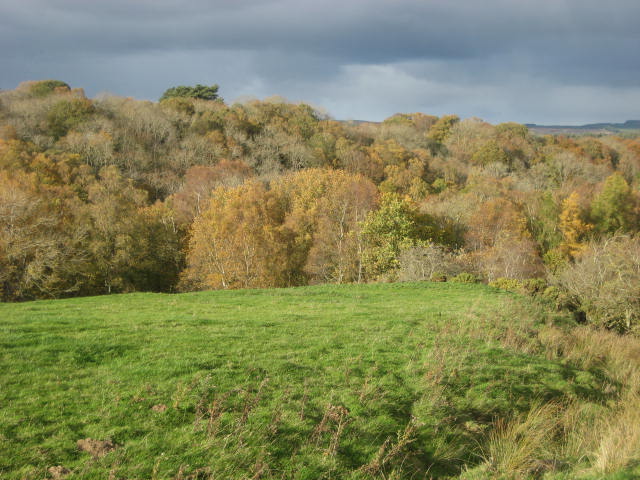 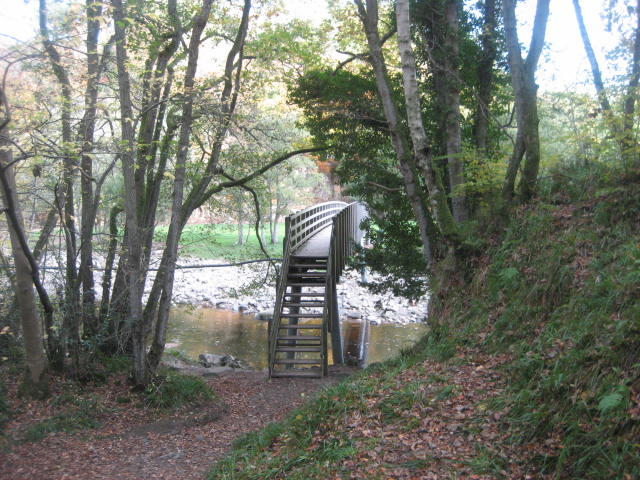