The Teesdale Railway path (not to be confused with last week's Tea Trail) Durham /Yorks. February 23rd.
Another walk we have not done for some time, and one well worth doing again walking the dismantled railway line from Middleton in Teesdale to Barnard Castle.
There are six of us: Brian, Harry, Dave, John H., Ben and me. To complete the walk you need either a car at either end, one in Middleton and one in Barney as it is called, or make use of the local bus service as we did.
To reach Barnard Castle from Newcastle go west on the A69, turn south on the A68 and at West Auckland take the A688 to BC. Drive carefully down the main street, turn left at the market and there is a car park which costs £1.50 for a whole day, what a bargain and it's not in Yorkshire, but near. Alternatively go south on the A1 to Scotch Corner and head west on the A66 turning north a few miles beyond Greta Bridge. From BC catch the 95/96 bus to Middleton in Teesdale. There is a bus an hour so check timetables, ours left the top end of BC at 10.56.
The map that covers the whole walk is OS OL 31, The North Pennines but the walk is so well posted it's easily followed without the help of OS or garmin.
Some had breakfast in a Barney café, some, arriving later, booted up and slowly walked the wide main street to the bus stop at Galgate. 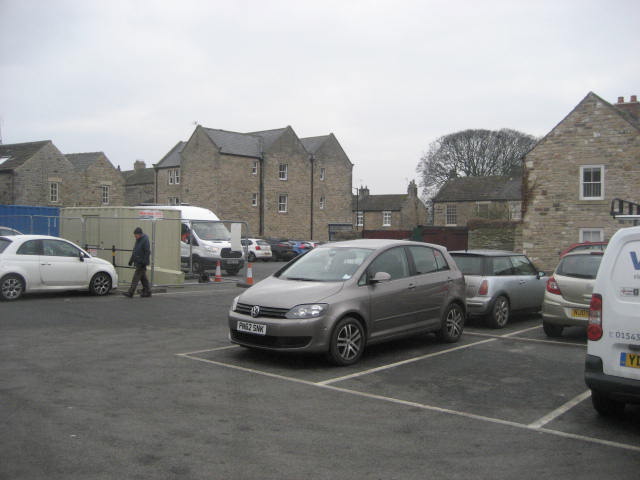 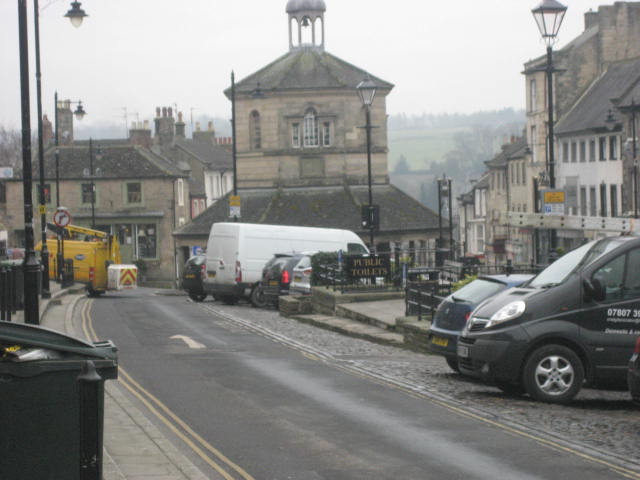 and the market in Barnard Castle. Shame about the cars.
The journey to Middleton in Teesdale takes about half an hour by bus, passing through several beautiful villages on the way. Stone built houses, converted farm buildings, village churches.
We got off the bus in the centre of the village and got ready to walk back. 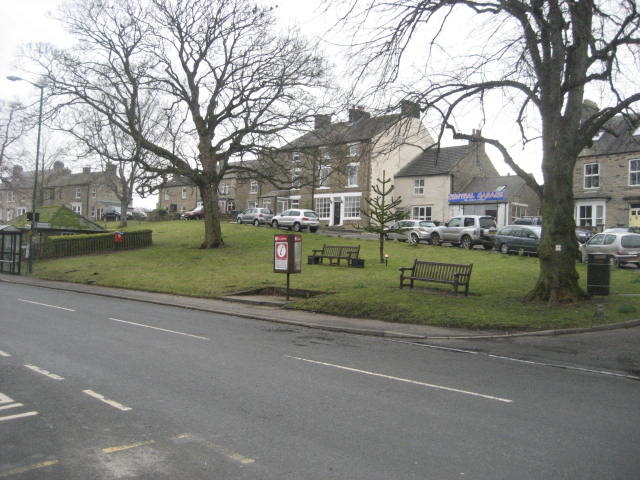 Middleton in Teesdale.
We walked down the road past the closed school and crossed the river. On the right is the cattle mart, on the left with a sign post is a gated stile  which leads down to the river bank. 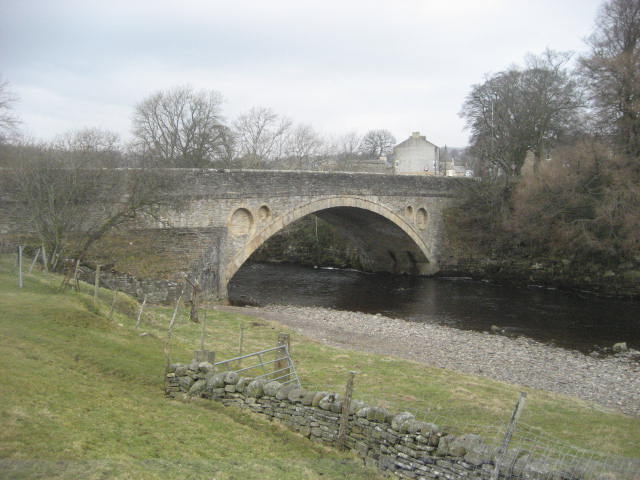 Crossing the Tees at the start of the walk.
Crossing two fields we came to the farm at Step End and after another field or two reached Lonton, crossed a road and headed up a bank onto the dismantled line, the Teesdale Railway Path.
From here the path is on the old line almost into Barnard Castle. It crosses the River Lune (No, not that one sister) on a high viaduct and passes Mickleton. 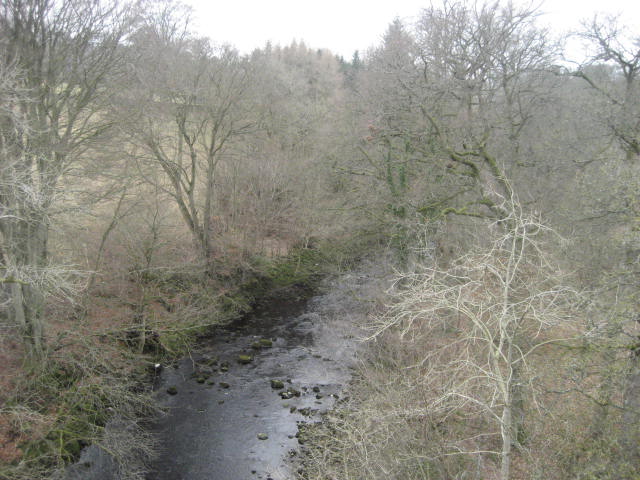 A view from a bridge, or the bridge on the River Lune.
Walking on old railway lines is much easier than walking up hills for obvious reasons. The plus side of this walk is the views across Teesdale. Unfortunately it was a bit hazy today. It was also cold, as promised by the young lady presenter on TV, but there was little wind and it remained dry.
After about four miles easy tramping on the track we reached Romaldkirk.
The old station has been converted to a house ,complete with signal and the Teesdale Railway Path diverts into the village and up a short stretch of road before rejoining the line. We decided the village green was a pleasant place for a Herbie, and anyway there were several benches to sit on. 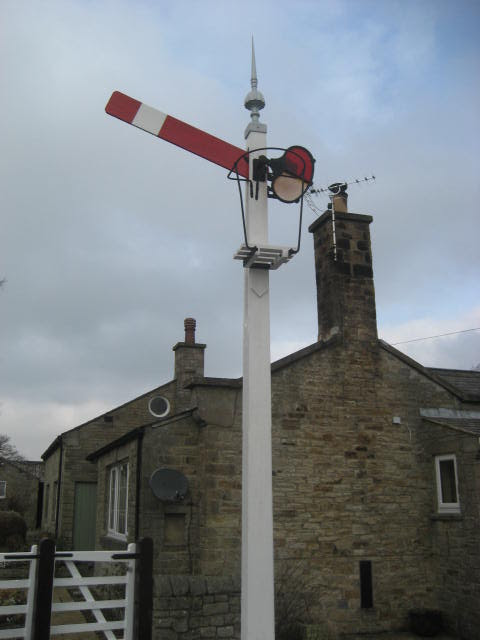 Once it was on a railway 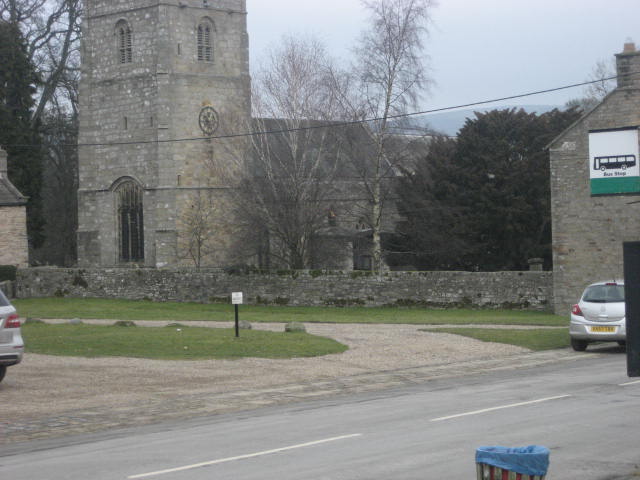 Romaldkirk Church. Anglo Saxon bits remain. St Rumwold, to whom the church is dedicated was thought to have preached here before disappearing back to Buckingham. He only has a few churches named for him in the UK.
Romaldkirk used to be in Yorkshire, God's English Empire State, but it was given to Durham in 1974 when the government made changes to the counties, without asking. They got rid of  Westmoreland too.
Today's sharings were Mini apple pies, ginger biscuits from Ben, cookies, chocolate cake and ginger cake from Mrs A. Welcome home, we've missed your baking.
And my ALDI replacement soup flask worked perfectly. 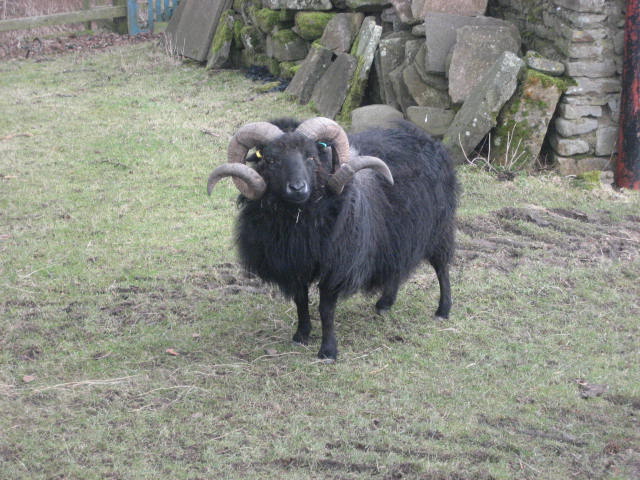 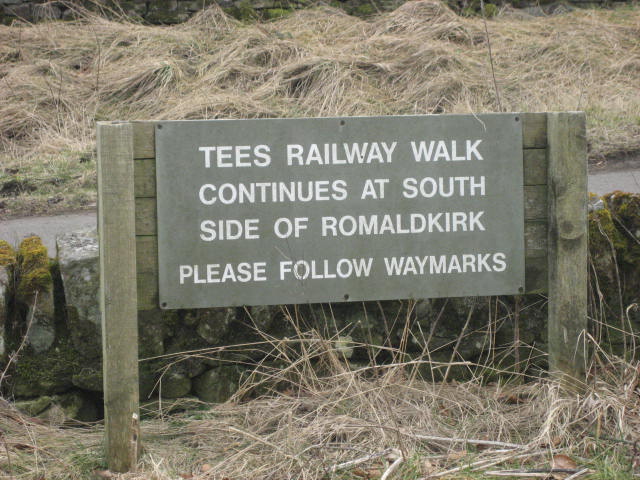 This walk really is well posted.
Back on the track we continued on our way. When we started the frozen ground had been firm to walk on but the sun had done its job and we were back on mud, but nothing like as bad as the last few Fridays.
We crossed the River Balder near Cotherstone by means of another fine viaduct. 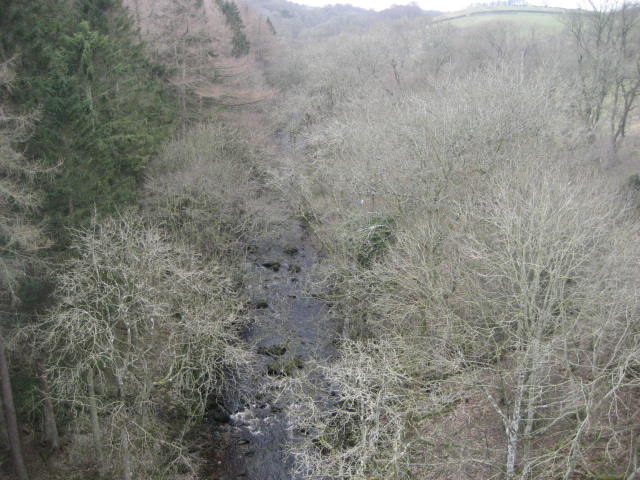 River Balder from above. It joins the Tees at Cotherstone.
Beyond Cotherstone the Tees Railway path comes to an abrupt halt. There is a fence across the line. On the right a stile took us to a field, noticeable for having a sign post in the middle and then to another dismantled railway. 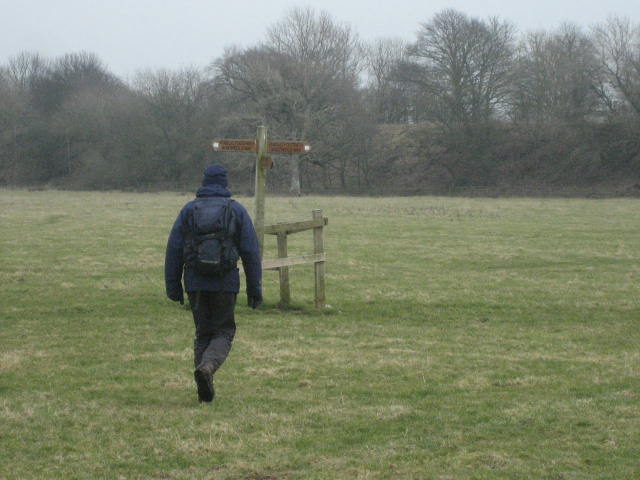 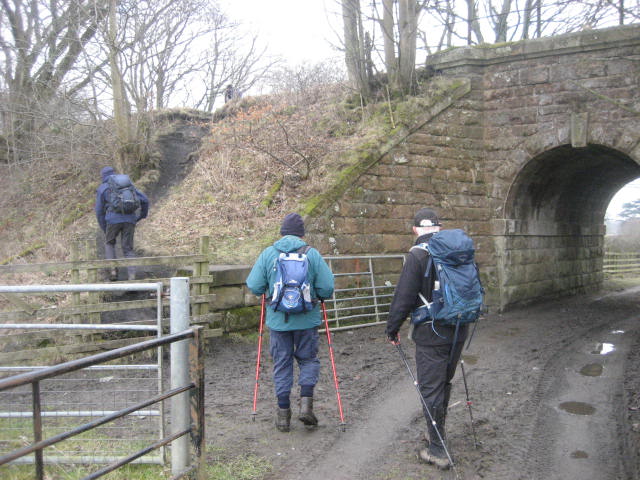 Joining the second railway. Strictly speaking not a public right of way but a popular walk as you can see by the path on the left.
We walked this old line until we came to the point where, in older times it crossed the Tees. The bridge, a girder construction, was demolished when the line closed but the stone abutments remain, fenced off of course. 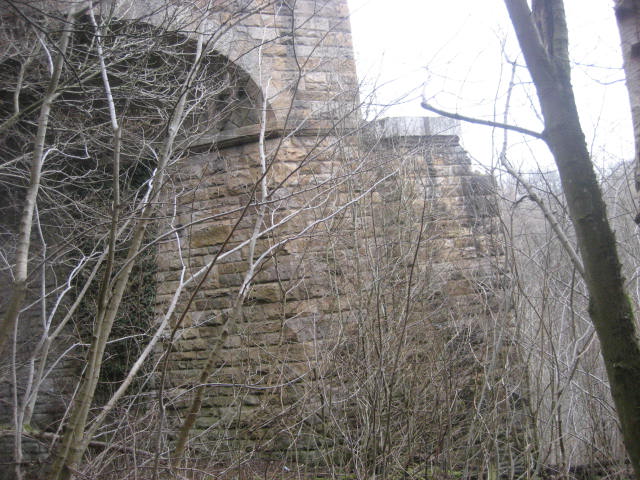 End of the line.
A steep path took us down to the river bank, part of the Teesdale Way. On previous occasions we have crossed the river at the Deepdale Aqueduct butt oday it was closed as there were some engineering works taking place. Instead we walked along the road and across the old bridge beneath the remains of Barnard Castle. 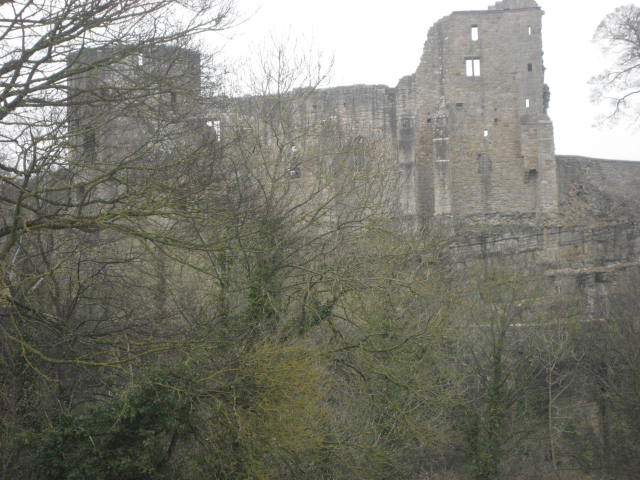 Barnard Castle castle. Centuries ago Lord Barnard upped sticks and moved to Raby Castle a few miles away. Raby Castle is open to the public and has a fine herd of deer.
Changed we decided to head for the Boathouse in Wylam  to rehydrate. The usual selection of a dozen hand pulled pints, the coffee was good too. (My turn to drive) 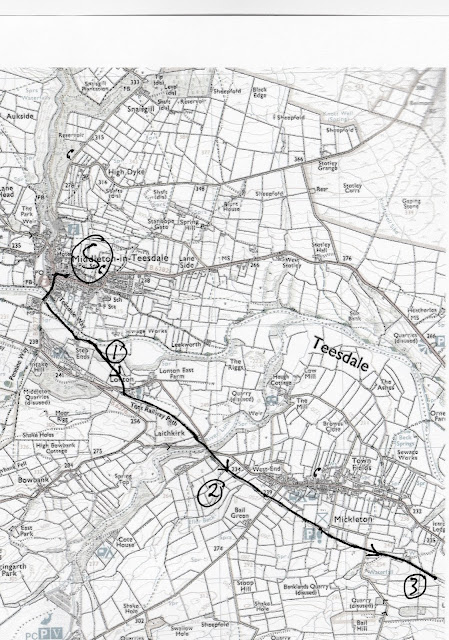 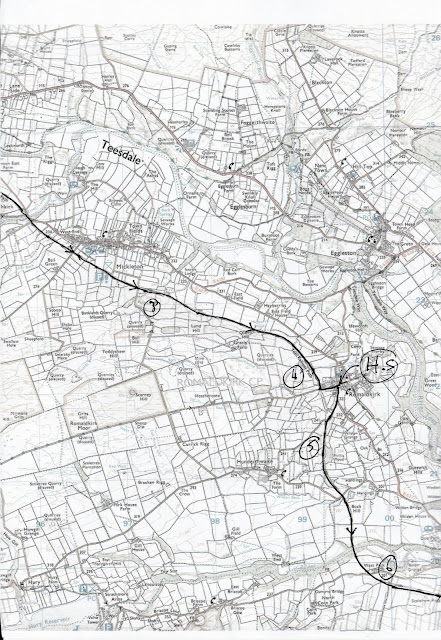 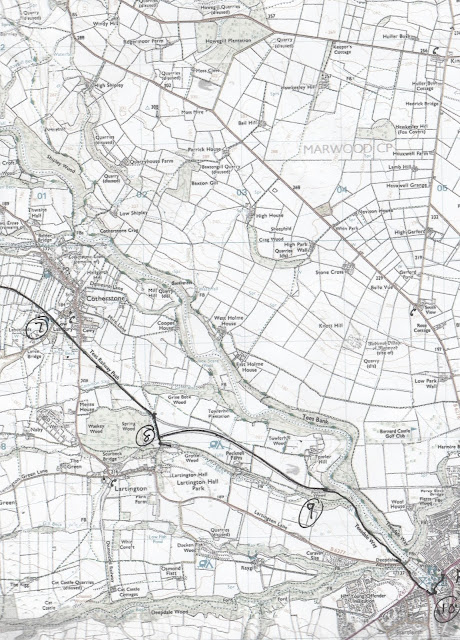 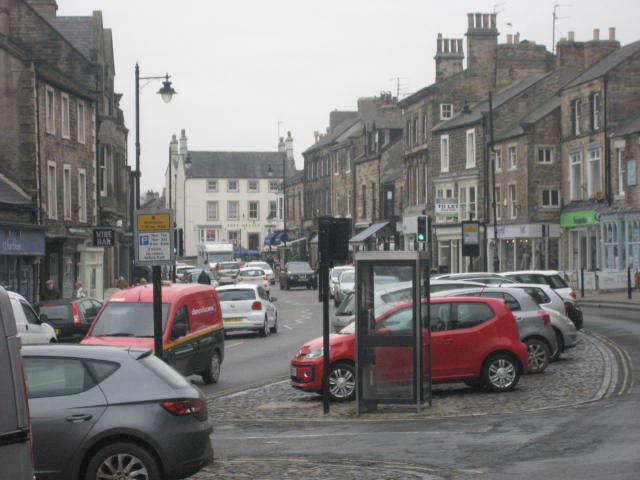 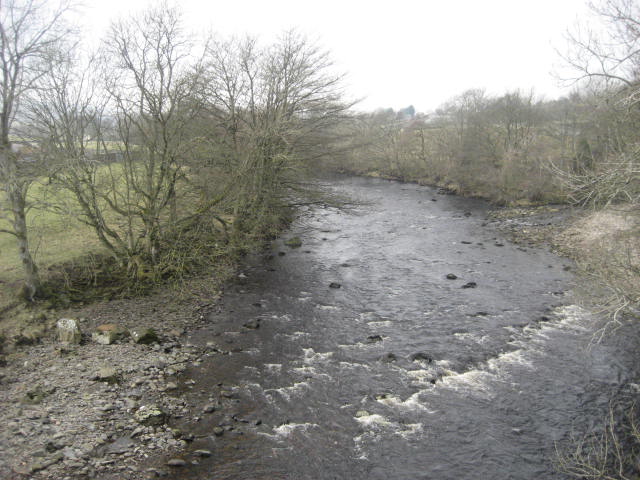 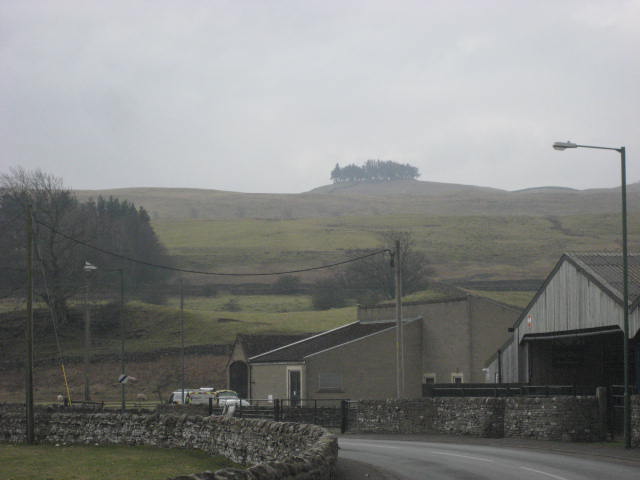 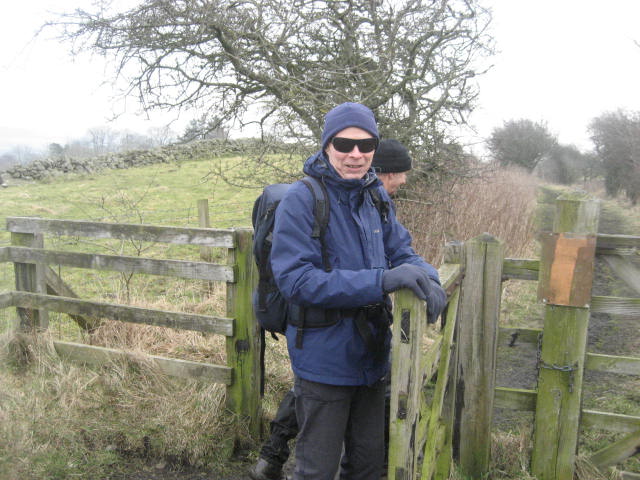 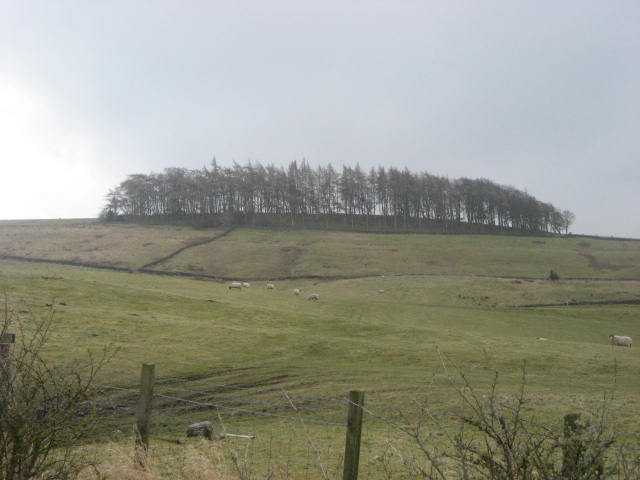 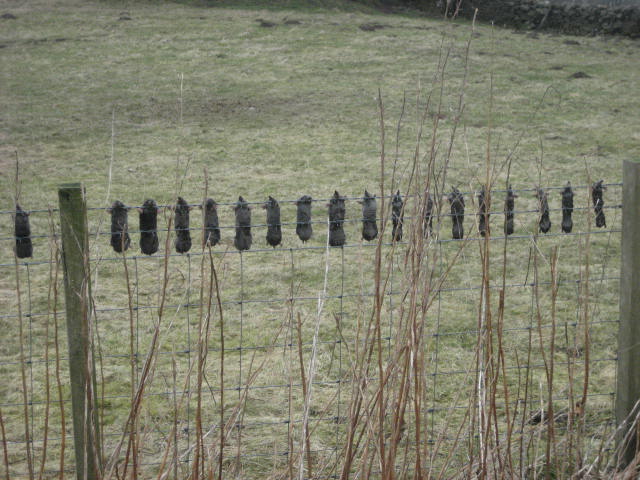 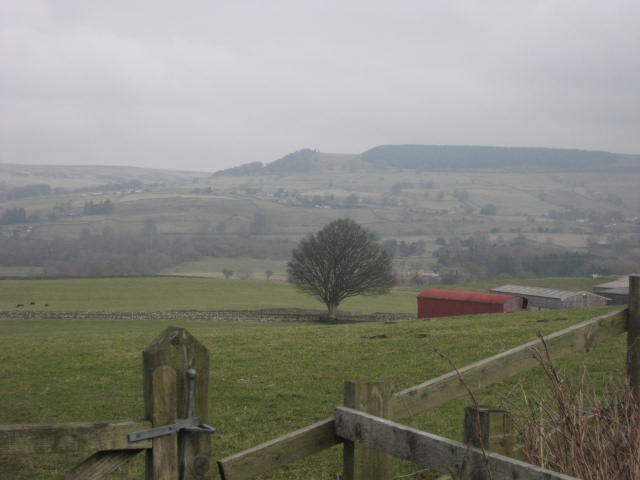 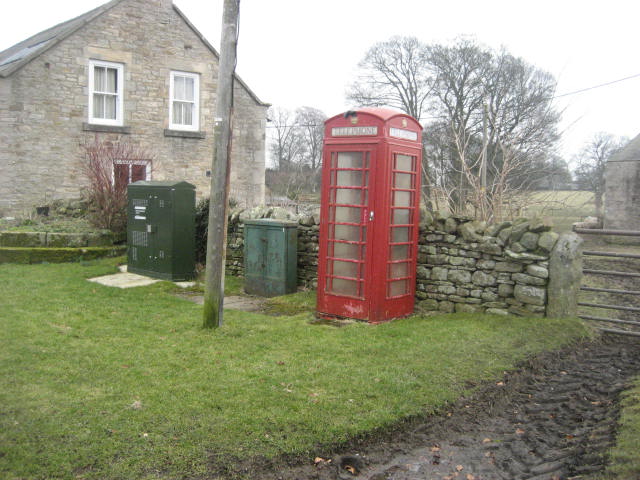 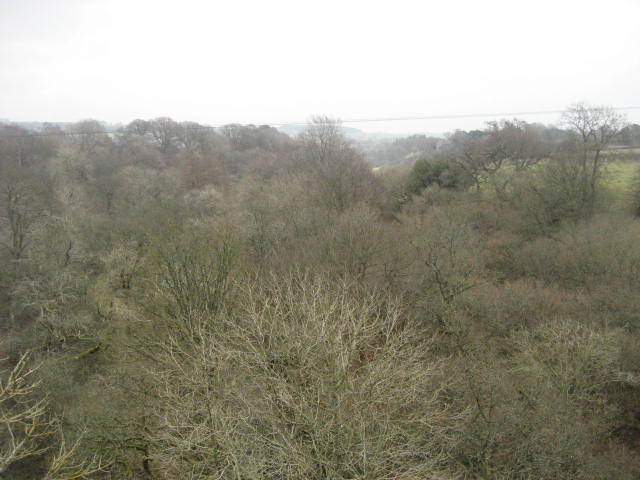 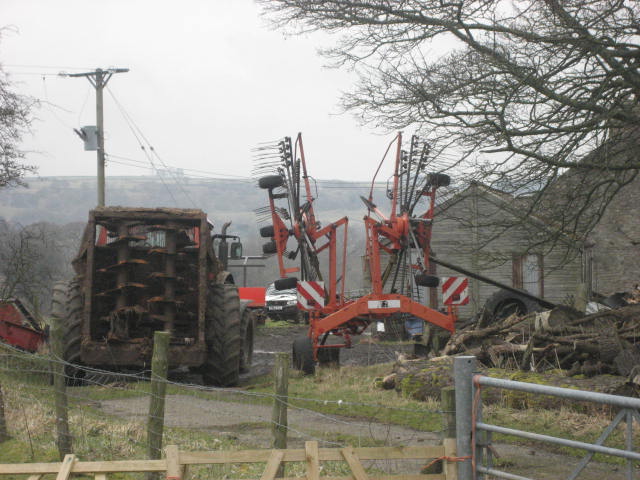 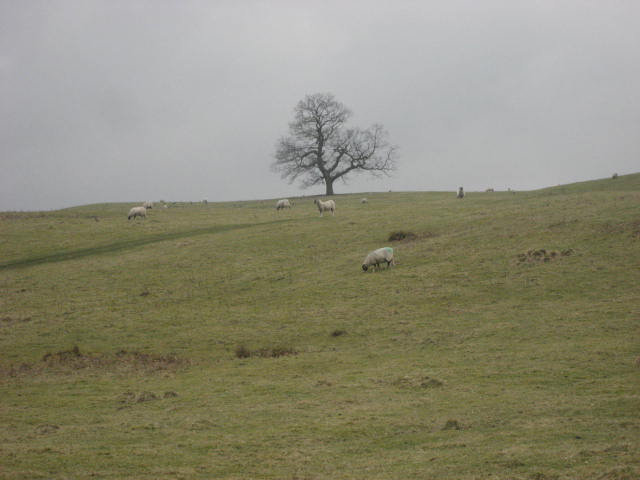 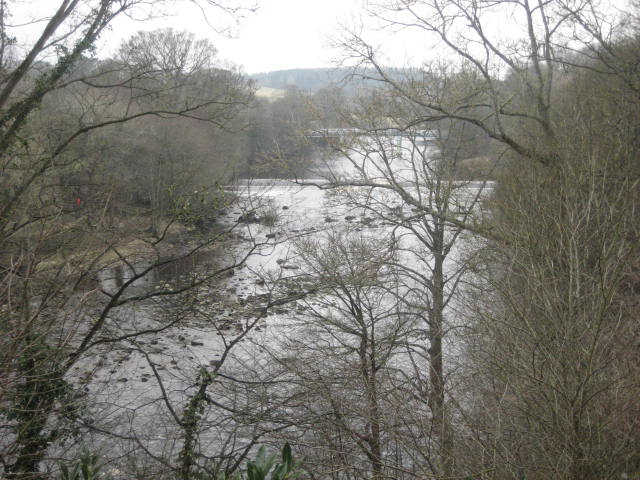 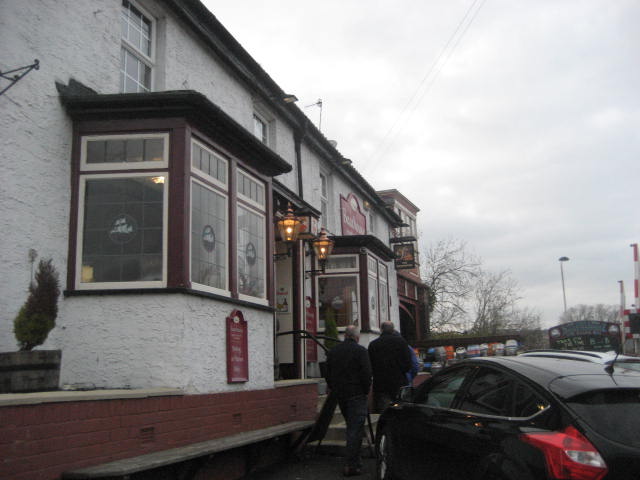